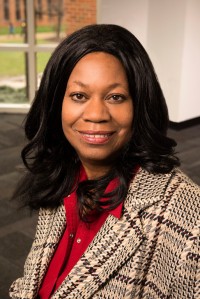 “Richmond bottomed out in 1994: one city councilman went off to rehab for his heroin problem and another was in hot water for not paying utilities and renting out condemned property, enrollment at VCU dropped, the city recorded the nation’s 19th largest population decline since 1980, Richmond made the wrong end of Money Magazine’s Best Places to Live list, and by the end of the year had tallied a record 161 homicides. With recent years showing the lowest body counts since 1961, the city’s population back up over 200,000, and VCU having greatly expanded, it is difficult to imagine that mid-1990s Richmond was ever real.”  (chpn.net/news/2010/08/15/Richmond-1994_147837″Elizabeth Charity, CEO and Founder of Youth Outreach Services

In 1994, Richmond rated  third in the Nations for homicide and being a single mother with two black sons, I didn’t want my sons to be  one of the statistic, therefore, I  developed and implemented  a nonprofit 501c3 organization, Youth Outreach Services.    In 1994, the organization was approved for a grant to start a Job Training Program by the former Governor George Allen and he used it as the Virginia Initial Welfare to work program in 1995.

Now, twenty (20) years later, I am graduating from George Mason University with a BIS (Bachelor of Individualized Study) degree with a concentration in Social Entrepreneurship that is transforming the juvenile offenders into social entrepreneurs. To research the effectiveness of programs geared towards rehabilitation and providing employment to juvenile offenders necessary to reduce recidivism in which the students will draw on the disciplines of psychology, criminology, business, communication, sociology, and the contributions of various academic disciplines.

The results of getting a degree in Social Entrepreneurship – Reducing recidivism are as following: 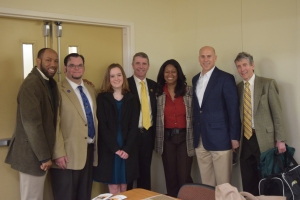 Get our Quarterly Newsletter!